Traveling to Trinidad was a long journey, but much more comfortable than our Viñales-to-Havana colectivo experience. Seven hours in a brand new, air-conditioned bus isn’t so bad after four hours of sweat and little breeze in an old jalopy. When the bus pulled into the station, all of us were overwhelmed with how many casa particular owners were on the street holding up laminated pictures of their homes to entice us to stay with them. I’m sure that some of their homes were lovely, but being given sales pitches by three women at a time just made us not want to stay with any of the pushers. Thankfully we had a recommendation from our first casa particular owner, Orlando, so we walked on in the hot day to search for a casa called El Mojito.

After trudging thirty minutes with our packs in tow, we finally arrived at the casa, which to our disappointment was completely full. Luckily for us we got another lesson in Cuban kindness that day. The owners of El Mojito called all the casas in Trinidad until they found us a room, which was no easy feat since it was a Sunday night and very busy due to the free salsa band and dancing in the central plaza. The casa owner came over to El Mojito to pick us up and show us to his home, where at last we all got cold showers before hitting the city to explore.

Trinidad is a pretty small city, so we were able to cover the majority in one afternoon. Although Havana is beautiful in its own way, Trinidad truly captivated all of us. The city is much more quaint, colorful and calm. However, while the facades and doorways of the buildings are relatively well kept and freshly painted, glimpses into many homes showed just how humbly the locals are living. Due to its distance from La Habana, Trinidad receives much less tourist cash and material goods resulting in a very poor population. For example, Yaneris was asked more than once by women standing in their doorways for her clothing since they have access to so little. 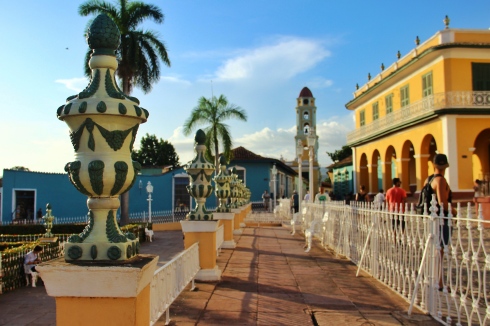 A photo of a photo 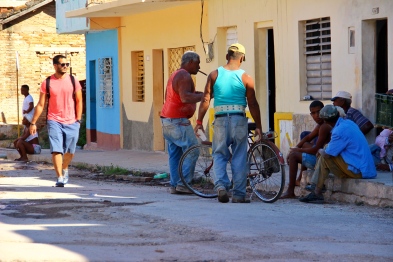 Eric and the Cubans 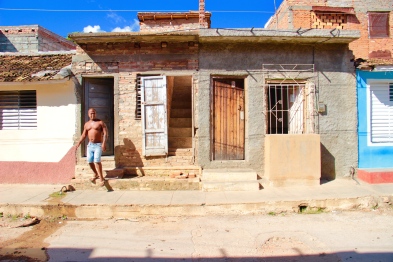 Andrea and the doors

Church at the Top of the Hill

But despite their simple living, the Cubans in Trinidad know how to go out on the town and live! At the central plaza that night, we worked off our beers by dancing salsa to the live band and continued my education in the Spanish card game briscas. We saw many local couples dressed to the nines dancing away like they were on a TV competition show. The natural ability of Caribeños to swing their hips wills always impress me. 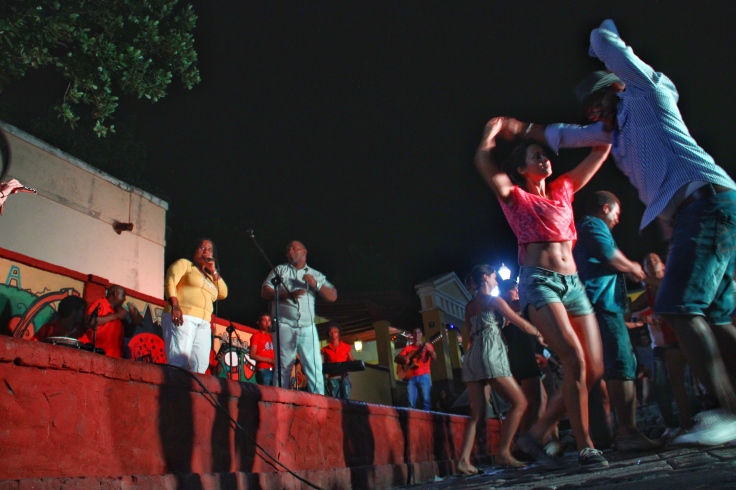