After exploring the Maya ruins of Tikal city we headed to San Ignacio, Belize to visit the Actun Tunichil Muknal cave where Mayans held worship rituals over 1,000 years ago. Although there isn’t much going on in the town of San Ignacio, especially during off season, we decided it would be a worthwhile stop since the cave came highly recommended by my good friend Tatiana. She was right. 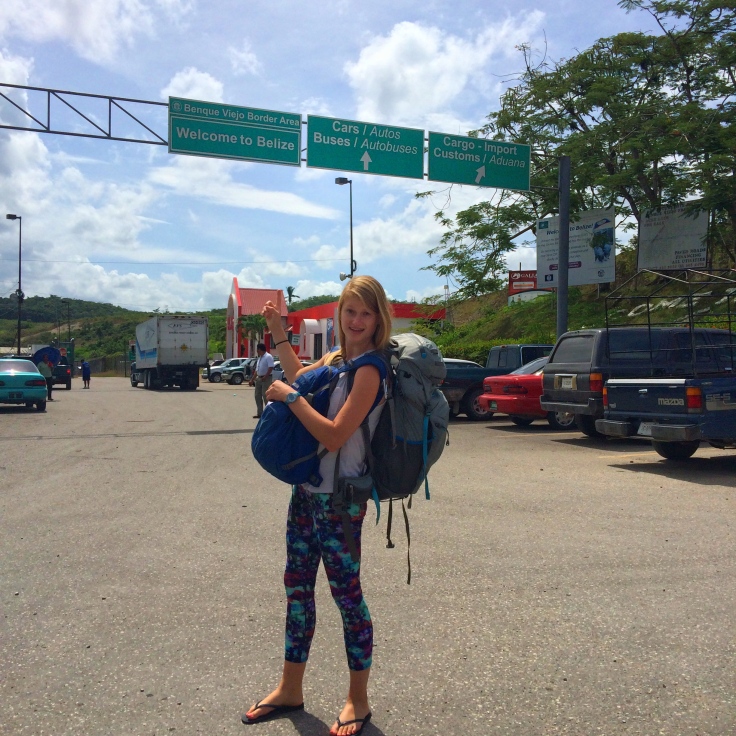 The ATM cave was one of the most unique excursions either of us had ever done. We were picked up from our campground early one morning by our tour guide and driven an hour out of town to a trail, where we proceeded to walk 45 minutes through a jungle before arriving at the cave entrance. There we donned helmets with spotlights and jumped into a deep blue natural pool at the cave opening and began swimming inside. It wasn’t long before it was completely dark and we only had our headlamps to guide us.

Inside the cave we first saw the usual stalactites and stalagmites, but as we went deeper our guide started to point out old pottery and sculptures made out of volcanic glass used for rituals. These artifacts number in the hundreds and are all in situ, in the exact setting and position as originally found in the 1800s. Then, just when we thought it couldn’t get any better, we climbed up a cave wall, took off our wet shoes (to protect the rock and artifacts) and continued walking into the main theater of the cave to see ancient skeletons and shadow art, created by playing with the rock formations and light projections. Mayans even altered some of the formations to make the shadows appear more like their gods, such as the rain god that they believed lived in the cave. Most of the skeletons are only partial, a skull here and an arm there, but deep in the cave there is a fully intact skeleton known in guide books as the “Crystal Maiden” although it is actually a male. But I guess “Crystal Maiden” is a bit more romantic. Interestingly, many of the skeletons were found slightly exposed, but archaeologists cannot uncover or remove them to a further extent because they have all been calcified by the running cave water over hundreds of years and inside the calcification the bones are no more than dust.

The cave tour was amazing, being allowed to get that close to ancient remains is unforgettable. But the cherry on top for us was our tour guide. An older, robust Belizean guy who has lived in San Ignacio his whole life, he takes his Mayan ancestry and tour guiding duties very seriously. Louis has guided tours of the ATM cave for over 15 years, often seven times a week during high season, so he was a wealth of knowledge and often stopped to show us artifacts and tell us history that other guides blew past. Louis also used to be a private driver for Francis Ford Coppola and his many celebrity friends, so he had quite a few entertaining stories to pass the time during the rides to and from the cave.

Other than the ATM cave tour, Gerardo and I took the opportunity to unwind and relax in San Ignacio. For being a small town, it pleasantly surprised us with great food and dive bars. Our campground cabana was simple but all that we needed, and we took full advantage of the many hammocks they had hanging in the shade.

We were not allowed to take cameras into ATM Cave, so enjoy these pictures of Gerardo napping in the hammock! 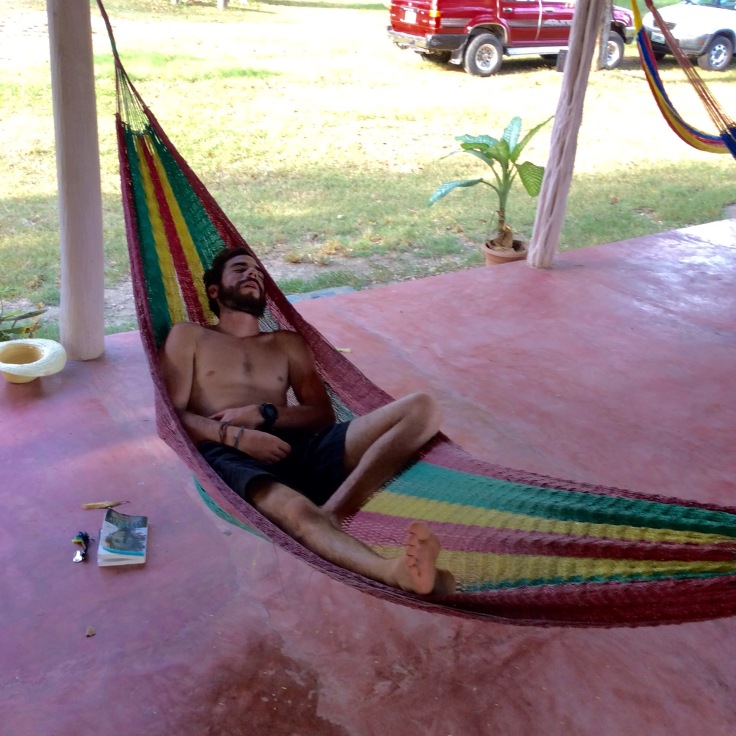 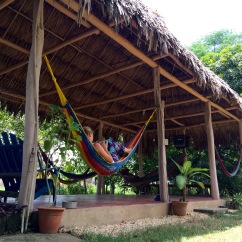 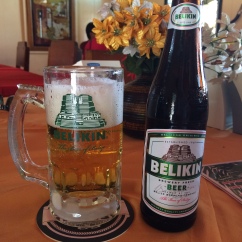 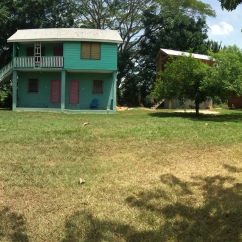