Caye Caulker, as the name implies, is a one of the hundreds of cayes along Belize’s Caribbean coast (Belize is the only Central America country that does not have a Pacific coast). It is a very small caye (pronounced “key”) with a pretty low population, and the main economy is focused on tourism. The “Go Slow” motto is felt across the whole island and Belizeans take island time to heart! Here food equals fish, specifically grilled fish. Lobsters and snappers are ubiquitous across this chilled-out caye. If you are a pescetarian then you will be in heaven! After backpacking for a month, Andrea and I decided that we wanted to relax for a couple of days so we stayed here for five days to enjoy the food, beer and ocean! 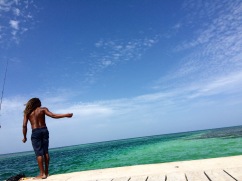 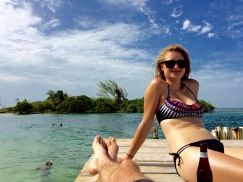 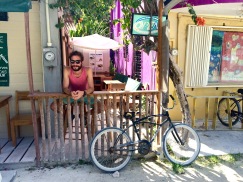 Luckily for us we were in Belize during low season and were able to find an ocean view, privately owned hotel called DeReal Macaw right in front of the water on Playa Asuncion street. It is pretty easy to know when low season starts in Caye Caulker as you will see the “closed until November” signs at a LOT of restaurants. 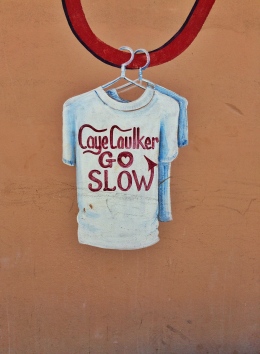 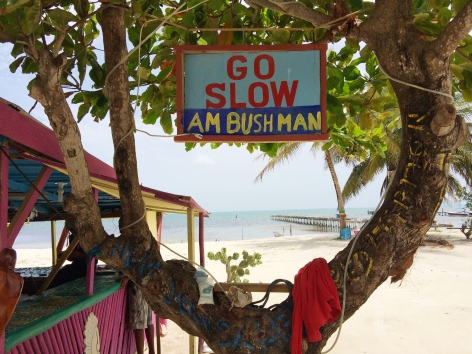 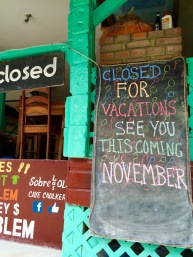 Look and feel for places around Caye Caulker

The main reason we came to Caye Caulker was to scuba dive. We had planned to scuba dive just one day, but after two dives on the first day of diving I was immediately hooked and we decided we needed to go again. On our second day of diving we dove with nurse sharks and swam through coral caves on the northern Esmeralda Reef. This was a new ‘first’ for me and a very thrilling experience. Turns out nurse sharks are very friendly and all they want to do is play with you. I know it may be hard to believe for the non-divers but it is totally true, they are like a little puppy that just wants attention. I’ll let the pictures and the fact that I’m still alive speak for themselves.

Me and my love

Andrea through a cave

Andrea and her friend (nurseshark!)

Me and my buddy 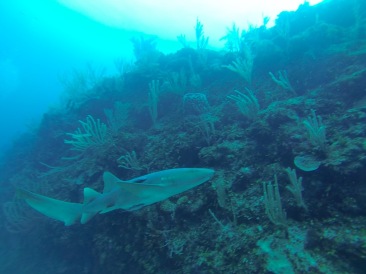 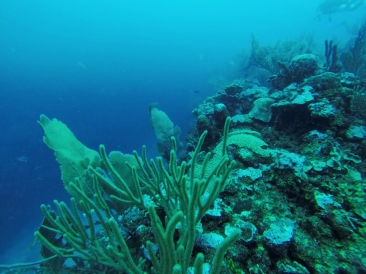