October 12th, 2015 marked my first day back to school since getting my bachelors in Mechanical Engineering 6 years ago. The first week at school was an easy one as all of the professors were just talking about how the courses will be structured and what we can expect from them. The students in my year are very diverse with people from all over the world: Nepal, England, Indonesia, Colombia, Ecuador, India, Canada, Mexico, US, New Zealand, Germany among others. However I am the only Puerto Rican in the class! 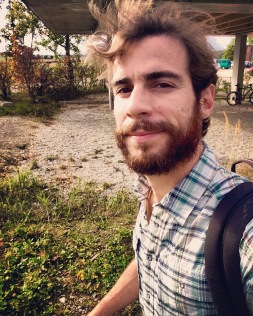 Bought a bike to commute to campus 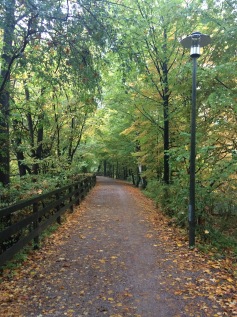 Even though it was exciting to be back in school with like-minded students, what really captured my attention was how complex the German language is. I feel very dumb not understanding a single word that comes from the Germans. Now I totally understand all the headaches Andrea had when were in the Latin American countries we visited! Sometimes you’re just too tired to even try to translate.

“Language is the method of human communication, either spoken or written, consisting of the use of words in a structured and conventional way.”

Well yes, I have come to realize that I have zero human communication either spoken or written in German. When I decided to take the leap of faith and move to Germany to complete my Master’s degree, I didn’t give that much thought to the fact that I don’t speak German. At the time it didn’t seem like a big deal and given that the program was in English, well I wasn’t too concerned about it. I was totally wrong, it is a big deal when you don’t speak the language of the country you are moving into!

In Bavaria, a very Catholic state, Sunday is a day of rest and nothing is open. This means that if you want to cook you should stock up before Sunday, so this is precisely what I went to the supermarket to do last Friday. After walking down every single aisle to make sure that I didn’t forget anything, I started to get in line to checkout. Just before my turn came I realized I had forgotten something very important, the eggs! I looked at the person behind and said “ehh…Mmm…you go!” A 40-something German guy looked at me a bit surprised, but he seemed to get the message. I went running to look for the eggs and when I came back the old cashier lady looked at me like “where the heck have you been?” Turns out the line had grown quite a bit. I attempted to speak in English but right before the first English word came out of my mouth I realized she would have no idea what I was saying so I swallowed my thoughts and played along. It hit me that I couldn’t even say “One moment, I forgot the eggs. I will be right back.” I was not even able to formulate something as simple as that. And that is when I realized German will become my third language.

I am starting a German class pretty soon at the University and I am very excited about it! As an added bonus I had visitors this weekend from the US! Ellen is one of Andrea’s best friend and Patrick is Ellen’s boyfriend who I just met and turned out to be a cool dude!

Patrick, Ellen and me

2 thoughts on “School and Language”