Twenty-two hours, two airplanes and three stops. That’s the easy way to get from Portland to the coastal city of Dar Es Salaam in Tanzania.  The plane from Kilimanjaro landed at around 10:00pm EAT in Dar, and all airport doors and hallways led straight to the immigration checkpoint. Worried about the process of getting a business visa in a country where I didn’t speak the local language of Swahili, I made third in the waiting line. The Spaniard and an American in line before me quickly became my first two Tanzanian interactions. The Spaniard, a young man who plans to backpack for a month and a half through Eastern Africa, and an American named Steven, who moved with his family of six all the way from Indiana to Dar Es Salaam to work with the Tanzanian government on a one-year missionary journey. Steven is also on a Leave of Absence, and when I talked to his wife she said “We needed a break!”. The beauty of travel.

After going through immigration and obtaining my business visa, with no documentation whatsoever requested by the government except a “Please pay $250 and go,” I found the taxi driver Obeid waiting for me outside. I had no idea what he looked like, but it was easy to identify him as he was holding a white piece of paper with my name “Gerardo Castellano” on it! We quickly got to the car and my first “tourist” mistake happened. I didn’t know that in Tanzania the driver’s seat is in the right side! We both laughed, which quickly broke the ice. Obeid barely speaks English, but nonetheless it was easy enough to communicate with him. This is how things in Dar seem to work. Some people speak English and some don’t, but everybody seem to find the means to get the message through. Before midnight I arrived at the Victoria Inn Hotel in the middle of the pitch black, Tanzanian night. 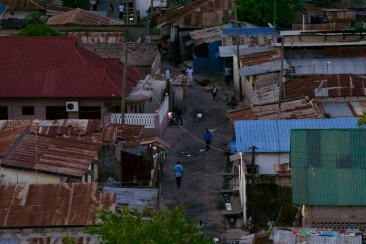 Neighborhoods around the city center 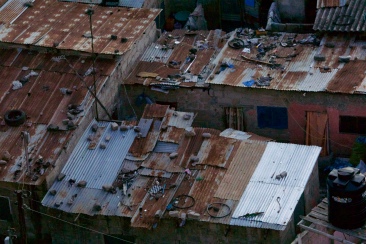 My first morning in Tanzania was memorable, my stomach had butterflies as I realized that here I am, in Africa, in a place that seemed so far away from home and almost unreachable. The fresh morning was full of life; tall green trees, birds singing and a beautiful sunrise gave way to my first impression of Dar Es Salaam. That’s when I realized that this city has a magic to it. That morning Obeid picked me up early and I headed to my first day of work at the client.  I was pretty nervous as I didn’t know what to expect, but things quickly changed as I met the team. I received a warm welcome from everyone, and ended the 10-hour workday with a nice dinner at an Italian restaurant, Zuane.

Where the bosses live 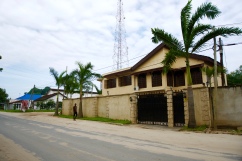 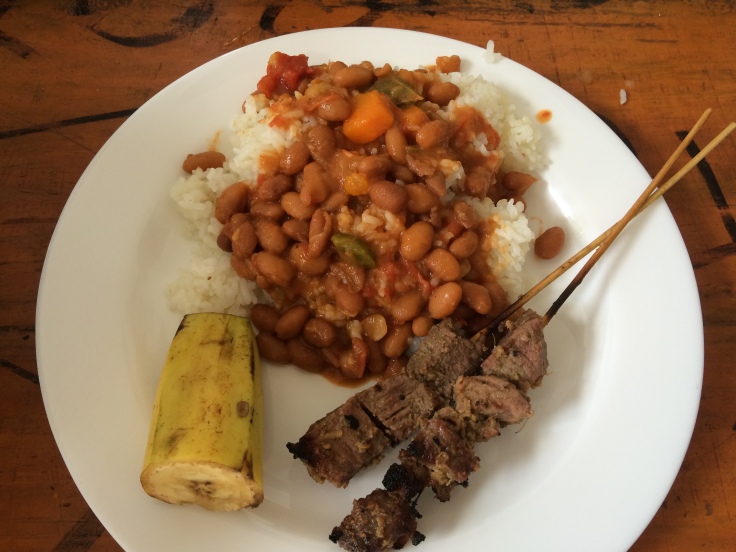 P.S. Apologize for the quality of the pictures, I got a new camera which I am still learning how to use!