Two o’clock in the afternoon, and a five-minute walk leads to one of the main bajaji hubs in Dar. Negotiation is a common practice in Africa. It determines the outcome of your transportation savings when getting from origin to destination. So here I am, putting forth my best effort to speak my very limited Swahili, and I go “Karibu kaka, White Sands?” as to which he responds “Asante” with this look in his face O_o.  Nice try Gerardo, he doesn’t know what White Sands is. But he does know it is an English word, so signals another bajaji driver, the one that does know how to get there. A skillful bajaji driver. In Tanzania there are ranks among the bajaji drivers, based on experience, dedication and determination. “Kumi na tanu” (fifteen), he says. “Rafiki, kumi” (Friend, ten) I replied. This ping-ponging verbal game continues until we reach agreement, “Kumi na moja!” (eleven!). I consider myself victorious, and the journey starts.

Mbudya is a contrast of colors, from the white sands of the beach and the crystal blue waters of the Indian Ocean to the deep and bright layers of greens in the sandy forests. Nature not only surrounds this island but grows within it with power and audacity. Mbuyo trees, with their magnificent trunks and mature looks, mark the start of the two trails that cross the island from west to east. A pathway in the entangled forest takes you to a world within a world. The disconnection from the ocean waters gives the sensation of fear as if entering an unfamiliar territory, while the coolness of the wind welcomes you. Hermit crabs in their shells are on the move, plants attract their benefactors and insects pollinate them. The jungle is alive! 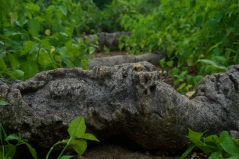 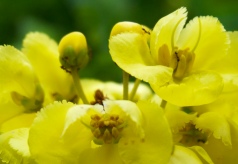 At night, the island rests. The native caretakers gather for dinner and fire warms the body in the cool night. The darkness takes over, but the lights from the city illuminate the horizon. Another language emerges between the locals and a community gathers. A stranger I am in this moment of cultural merits. An invitation to eat comes from the elderly, and a younger son steps up and gives me his seat. A simple plate with rice and beans below fresh fish.  Hands in, everybody is eating.

Waking up from my bed… 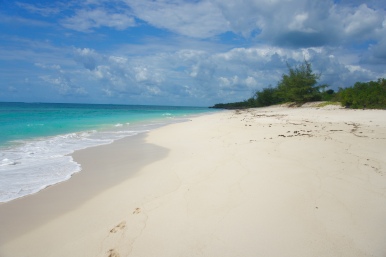 1 thought on “A world within a world”